I have not been sleeping lately and l cannot really say why because l should be happy. I should be content, they say. My long-time boyfriend proposed marriage to me two days ago but suddenly I am not at ease. The ring is beautiful, but l am not sure if its authentic. I took it off yesterday because my finger was itching. Could l be reacting to gold? It cannot be fake, Pikirai would never buy me a fake ring, he knows me too well to do that. I wish l knew how much he spent on it, then l could tell if its genuine gold or not. But l am afraid to ask him. It would seem unappreciative of me. In fact, it is not appropriate. 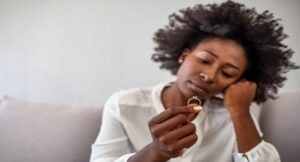 So, l sit staring in space trying to figure out the best way to find out if the ring is fake or genuine. Samu is talking, I am hardly paying attention to what she is saying until she touches my hand and asks in puzzlement “Friend, where is the ring?”. My attention is suddenly brought back, and l pull my hand away and answer “It’s in my room.” I tell her about how it makes my finger itchy, and that l am starting to doubt its genuineness. Samu cuts in and asks, “Didn’t he buy the ring at Aurex Jewellery?”. “I don’t know?”, l reply. Right there an idea strikes. I should visit Aurex Jewellery and ask them if my ring is genuine.

Next morning Samu and l met by the junction and caught a lift to take us to town. I had told Pikirai that we were going shopping for a curtain at a store where there was a promotion. By 10am we were at the jewellery shop’s door, trying to open the somewhat complicated door. The salesperson seeing our struggle came and opened the door for us.

She greeted us with a grin as wide as the river Zambezi, on her face. One could tell she was expectant of a big sale. Did l tell you we were “slaying”? We were dressed like the “mbinga” ladies. If only she knew…SMH… I showed her my ring and told her that it needed to be resized. She examined it carefully and said “Sorry but this is not our product. We only repair and resize Aurex products.” Immediately, l turned to look at Samu my friend, who said nothing but just stared at me blankly. We thanked the sales lady and left the shop.

I dialled Pikirai’s number which I dropped on the second ring because I realised I was not prepared to speak to him about the ring. In a couple of minutes Piki called back and told me to get ready for dinner that evening. He told me to dress fancy! Forgetting the ring saga, I quickly went to my wardrobe and looked for a fancy dress to wear. I thought of the dinner as an opportunity to confront Pikirai about the ring.

In the car i sat silently, fiddling with my finger, removing and putting the ring back on, hoping Pikirai would notice and ask what the matter was. Well, my wish came true as he asked if i liked the ring, to which i explained that i was reacting to it. Pikirai just said “OK” and promised to look at it when we were settled at our dinner table. He had not told me where we were going. His silence all the way was so confusing, as he just kept smiling to himself without saying a word.

When we arrived at The View Lodge, I could hear some soft music playing in the background as we strolled towards the restaurant area. Before I could sit down, I was startled by a light that came on and shone on my face, all followed by a noise of people who shouted “surprise!”. I was still in shock when Pikirai knelt in front of me at the same time popping open a small box. It’s the contents inside the tiny box that gave me a slight dizzy spell before I could come to realise what was happening. 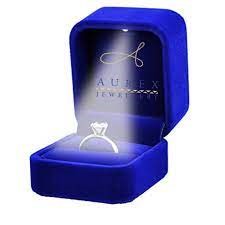 Pikirai said the first engagement was just a mock, even the ring was fake. Now he was asking again if I could be his wife, with a real gold ring bought from Aurex Jewellery. I took off the fake ring and allowed Pikirai to slip in the new ring on my finger.

“Zanele! Zanele!” , Sambulo was shaking me. I woke up and realised I had been dreaming. So I smiled when I saw the ring on my finger! I had been dreaming of my engagement day’s event that had taken place the day before yesterday. Immediately I decided to check if the AUX stamp was on my ring. When I found it, I exclaimed “Yes! It’s a dream come true!”
My sister Sambulo looked at me with a smile and told me I was crazy, but indeed my dream of getting married was about to come true!