Birthstones are precious stones or gems given as gifts symbolising a particular month. These have been around since ancient times.

“Oh My!” “It’s beautiful!” Mildred exclaimed after she opened her blue Aurex jewellery box, handed to her by her lover. Her birthday had been 2days ago and she had been sulking at the thought that he didn’t get her any present. Her peridot August birthstone came in a form of a pendant which was beautifully pear shaped and had a silver holder around it with a chain hook at the tip of the stone. It sparkled magically she kept gazing at it as her thoughts wondered off to the different birthstones for each month.

Those born in January share this precious stone with a beautiful deep red colour. It is is also referred to as the gem of faith as it is believed to have power to bestow eternal happiness, health and wealth on the wearer. This stone is thought to keep the wearer safe during travel.

The name garnet is derived from a Latin word “garanatus” which means ‘seed’ as it resembles the colour and shape of a pomegranate seed.

People who have garnet as their birthstone are usually sensual and have strong and intense feelings that propel their big dreams. If you wear this stone you will see an increase in your self-esteem, willpower and energy level

If you are a February baby, then you will probably be shopping for this gorgeous purple stone.  Because of their grapelike colour the amethyst is believed to protect the wearer from drunkenness, in fact the word amethyst was derived from a Greek word “amethustos” meaning “sober”. The stone also keeps one clear headed, clever and protects against 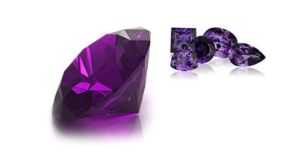 Amethysts come in colours such as deep purple to the palest shades of pastel lavender and even pink, however the most valuable is the strong reddish-purple shade, but we love every shade of amethyst.

This is the birthstone for those born in March. The seawater colour of aquamarine has given this gemstone its name derived from a Latin word for sea water. It is a symbol of honesty, loyalty and beauty. The aquamarine offers protection from evil and said to bring back love and affection to failing relationships. 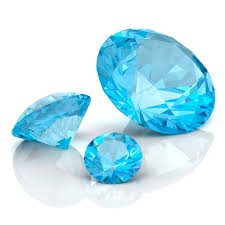 April babies are just diamonds. Simple clear beautiful diamonds are their birthstones. They are a symbol of endless love. They are thought to provide with an increase in inner strength, clarity, balance and better relationships to those who wear them. 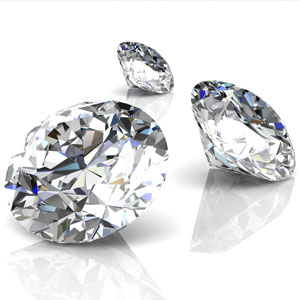 It is said to be aquamarine’s cousin! For the May babies. They are thought to improve the wearers memory, faith and intuition. The word emerald was derived from the Greek word amarugdus meaning green. They are a symbol of true affection. Wear them with pride. 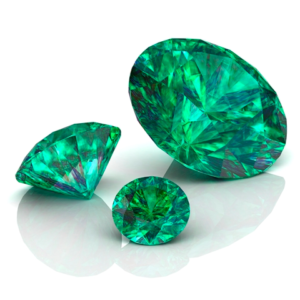 This one is known as the colour changing stone. It has different colours for daylight, candlelight and moonlight. It was named after Alexander the liberator of Russia for compassion towards his people.

Derived from the Latin word Ruber meaning red. The ruby is amongst the most highly prized gemstones. For the July babies, signifying love and passion, the ruby also attracts good luck 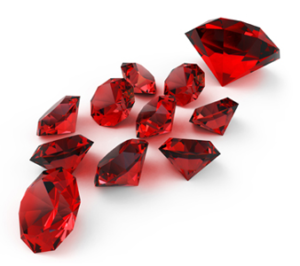 it is believed to provide strength, vigour and nobility helping protect the wearer from the evils of the world.

This August birthstone symbolises dignity, fame, purity and prosperity. In ancient Egypt peridot was called “the gem of the sun” referring to the golden glow that emanates from within. This stone has historic powers for healing and warding off nightmares. 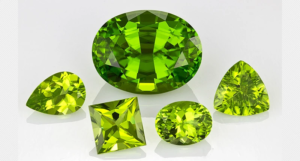 This September birthstone has been protecting lovers for centuries.it comes with a variety of colours but its best known for the violet colour. They are often associated with dignity and loyalty and are a favourite gemstone for royalty. 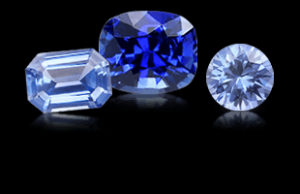 The name Opal is derived from a Latin word “Opalus” which means precious stone. This beautiful October stone symbolises hope and love. Because opal has colours of other stones, it was believed by the roman that it was the most precious stone of them all. Opal symbolises hope, purity and innocence.

Tourmaline is another birthstone for October. Tourmaline means healing. No two tourmalines look alike. It symbolises love and humanity. It is a stone of friendship and it transforms negative energy into positive behaviour. 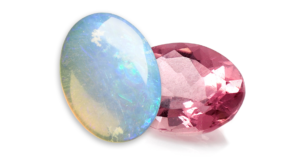 November babies! This month has 2 stones to choose from, citrine or topaz. Your challenge will be which one to pick. Topaz is found in a variety of colours like blue, pink, orange and yellow.  Topaz symbolizes love and affection and is believed to give the wearer wisdom and intellect.

Citrine is a pale yellow to dark amber gemstone. It is associated with strength and healing for both body and mind. Citrine is a gemstone of strength light and happiness. 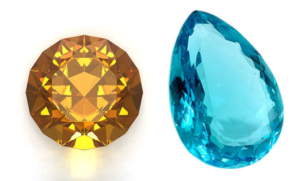 The December babies are lucky to have 3 birthstones named above. All these beautiful stones carry a unique blue tone. 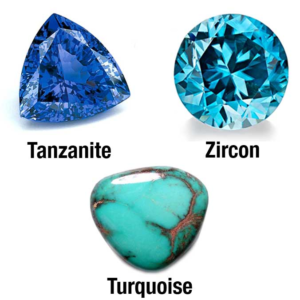 is a stone which was found in Australia billion years ago. Zircon is found in many colours such as blue, green, yellow, red and even clear. Clear zircon is one of the popular and brilliant non-diamond gems and is often used as a diamond alternative even to date. It is said that zircon has the power to relieve pain, protect travelers and prevent nightmares.

is one of the oldest gemstones. It is believed to have special powers of protection against misfortune to the wearer. The word turquoise means stone from Turkey as it was originated when the gems were being brought from Turkey to Europe.

is one of a kind gemstones, which can only be found in one place on earth, that is, the foothills of Mount Kilimanjaro in Tanzania. The stone is an exotic velvety blue with a rich overtone of purple, making it a unique colour. It is also known as the stone of soul transformation it is believed to be a perfect crystal for those who wish to transform their lives through metaphysical work.

Birthstones come in different kinds of jewellery pieces. It could be a pendant, a ring or studs. They are probably the simplest birthday gift you could get for friends and family. They colour your jewellery box as well as your outfit. If you are thinking of a birthday gift for someone, you might want to consider our birthstone collection.