The Difference between eternity and infinity rings

The Difference between eternity and infinity rings

They pretty much mean the same but when it comes to ring designs, they are quite different. They both have the same intent of expressing perpetual love to a loved one. 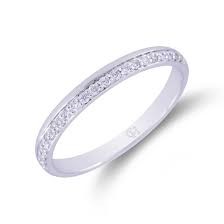 Eternity rings or eternity bands are circular band made of precious metals and are covered with gem stones all the way around. This represents everlasting love and commitment to someone. It is sometimes given in addition to engagement and wedding rings. In some cases, an eternity ring is used as a gift to celebrate important milestones such as silver jubilees or decades in marriages.

Having a ring with stones all round can be cumbersome so some people opt to have stones on the face of the ring only to make it a half eternity band. However the meaning remains the same.

The concept of the diamond eternity ring was a marketing concept by a British diamond company- DeBeers in the 1960s. Their target market were the wives of the bourgeoisies in the society. There was one add that was directed at the husbands that read, “A diamond is forever.” It added a sentiment to the purchase of the eternity diamond rings. This resulted in them boosting their sales. 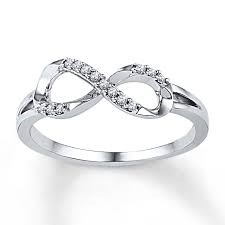 Infinity rings have an identical significance of expressing a love that goes on and on forever. However, rather than a perpetual circle of stones, the infinity ring incorporates the infinity design or the figure 8 to signify the everlasting relationship.